“Consumed Future Spewed Up as Present Vol II” is the second iteration of Hestelund´s previous solo show “Consumed Future Spewed Up as Present '' exhibited in 2018 at Overgaden, Institute of Contemporary Art in Copenhagen, and first solo exhibition in Norway.
As part of the original exhibition, Olga Ravn wrote a novel, which was presented in leather hardcover books matching a series of leather works called Carriers. These manuals served as a parallel fiction that referenced both objects and built environments within the show, adding yet another narrative, and dimension to Hestelund´s physical fiction.
Following the exhibition, Ravn's manuals were published by Gyldendal Publishing House as a paperback titled “The Employees”. This novel was then converted into a theatrical performance with the same name by Director Miriam Prestøy Lie, and is to premiere at Den National Scene.
Aldea Center for Contemporary Art, design and Technology and Den National Scene seek to further foster the ongoing dialogue between Lea Guldditte Hestelund, and Olga Ravn by scheduling opening times between the two events so visitors may review the interplay between the two events.

The show contains a whole new exhibition design created specifically for the space and architecture of Aldea, as well as the the floating environment seen through the window at the end of the room.
Within this new interior, Vol II also presents the Sci Fi manual by Olga Ravn alongside a series of protective and uniformal sculptural works made in leather and stone (brand new, some from Vol I, and works, which took their origin in the collaborative piece Celeste). 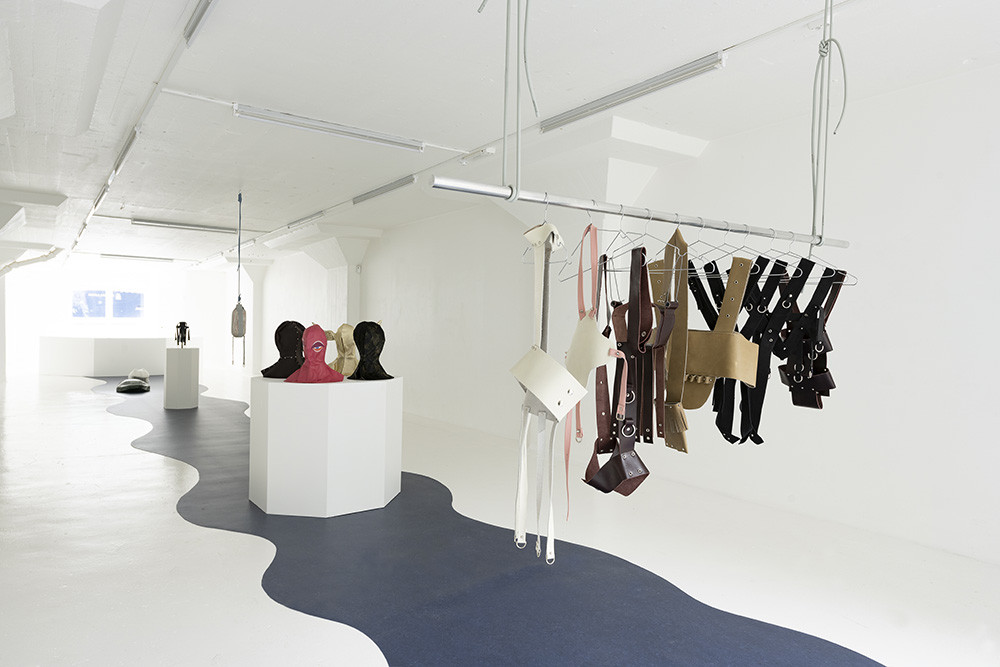 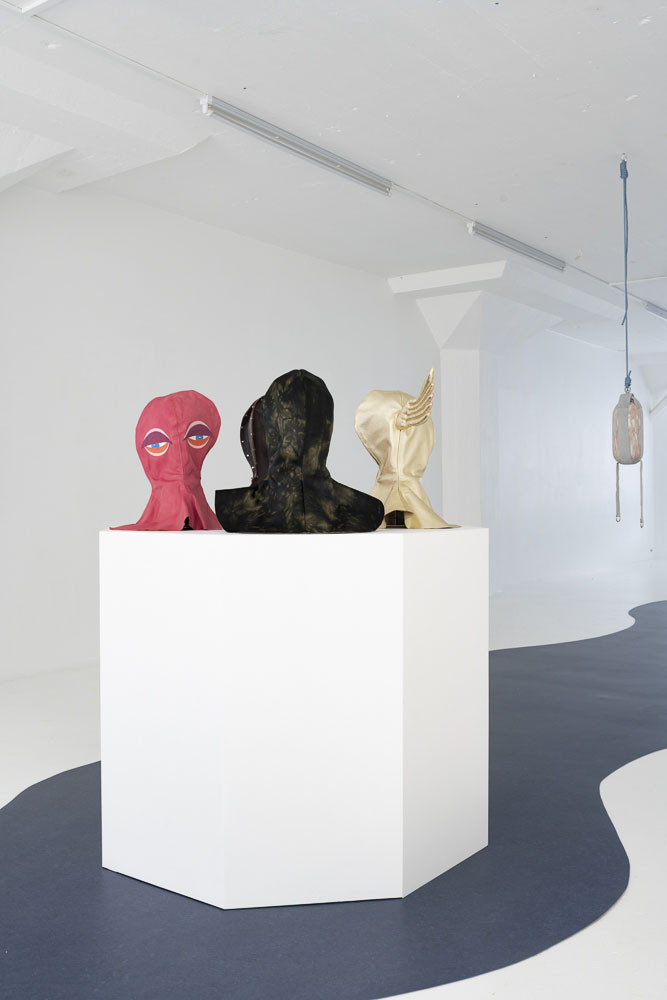 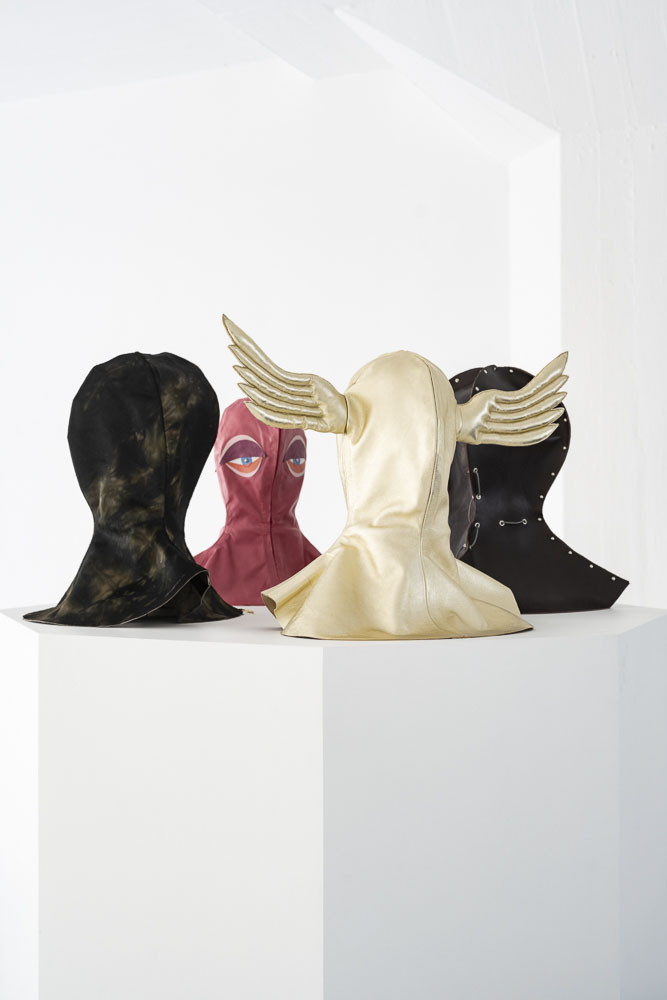 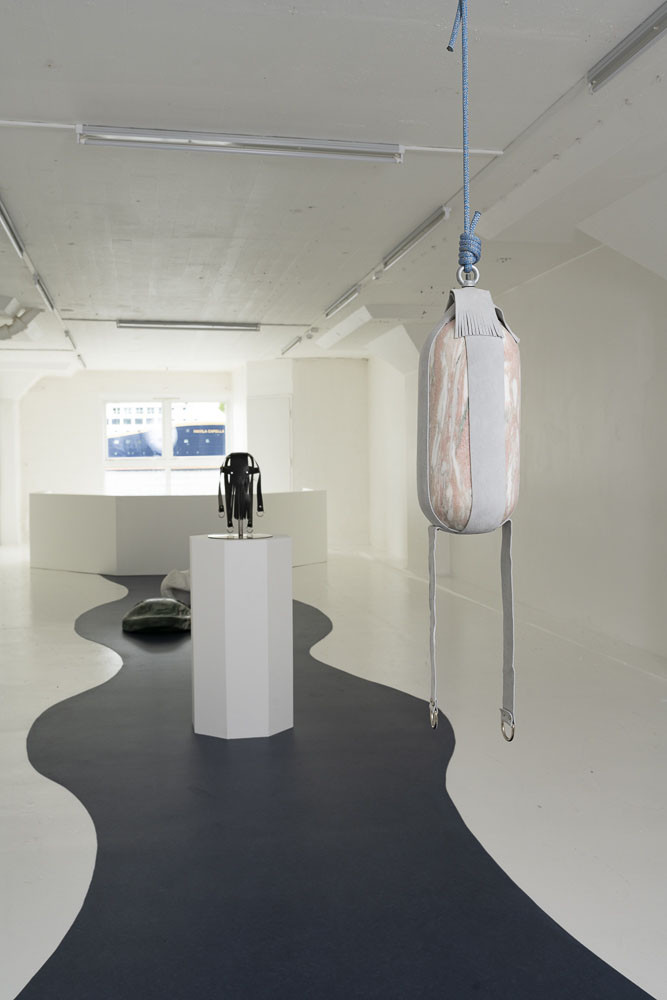 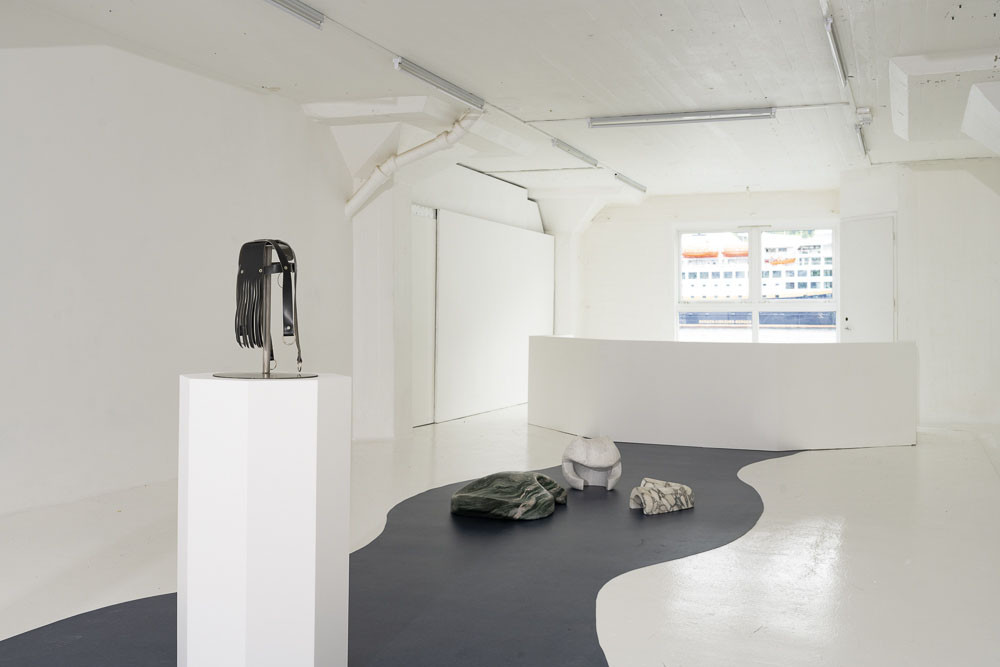 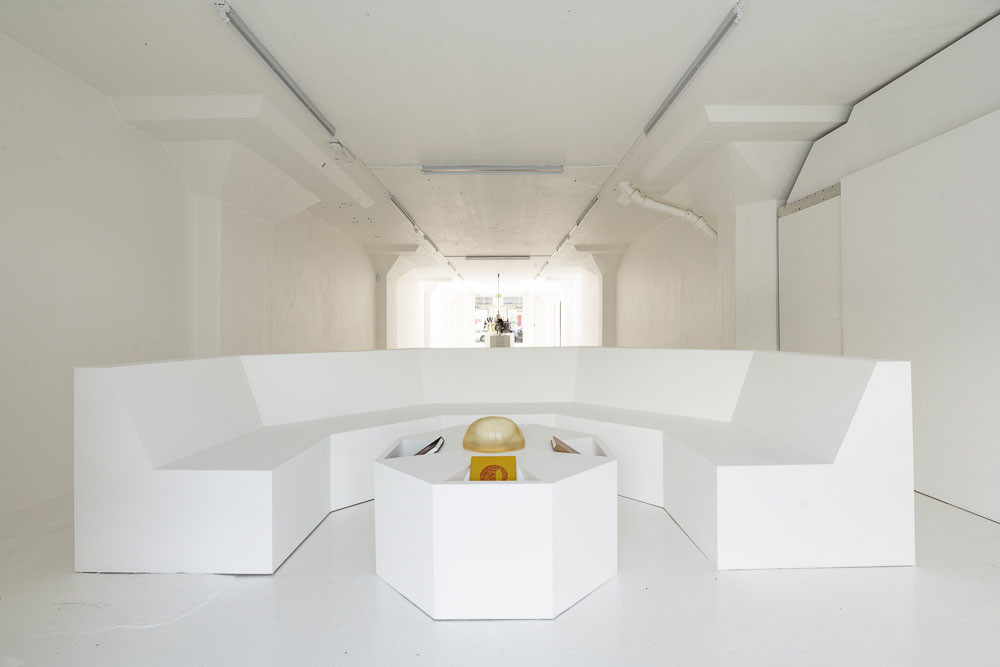 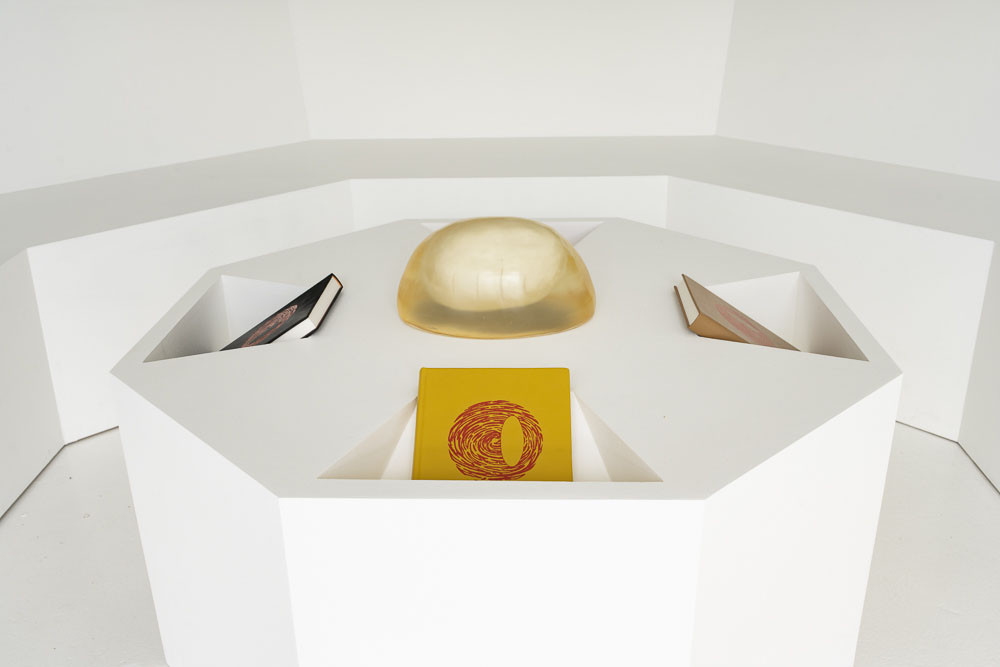 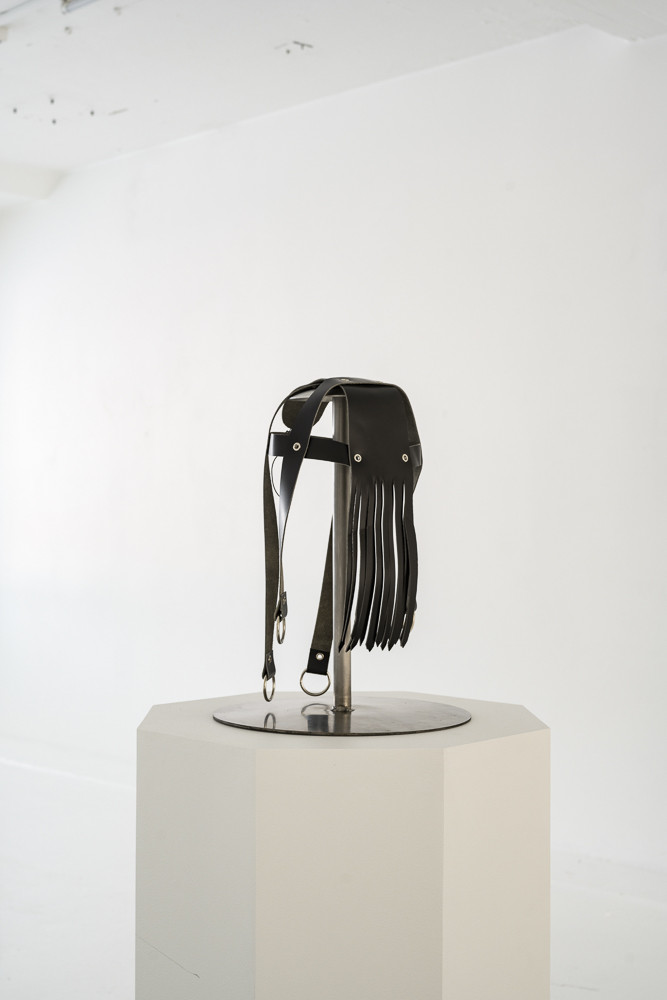 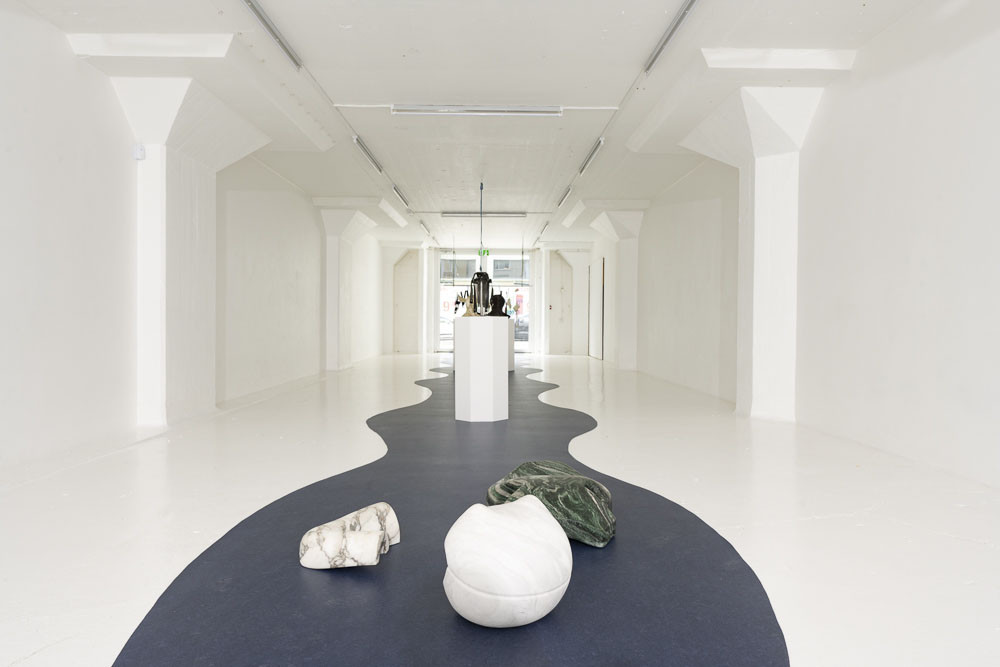 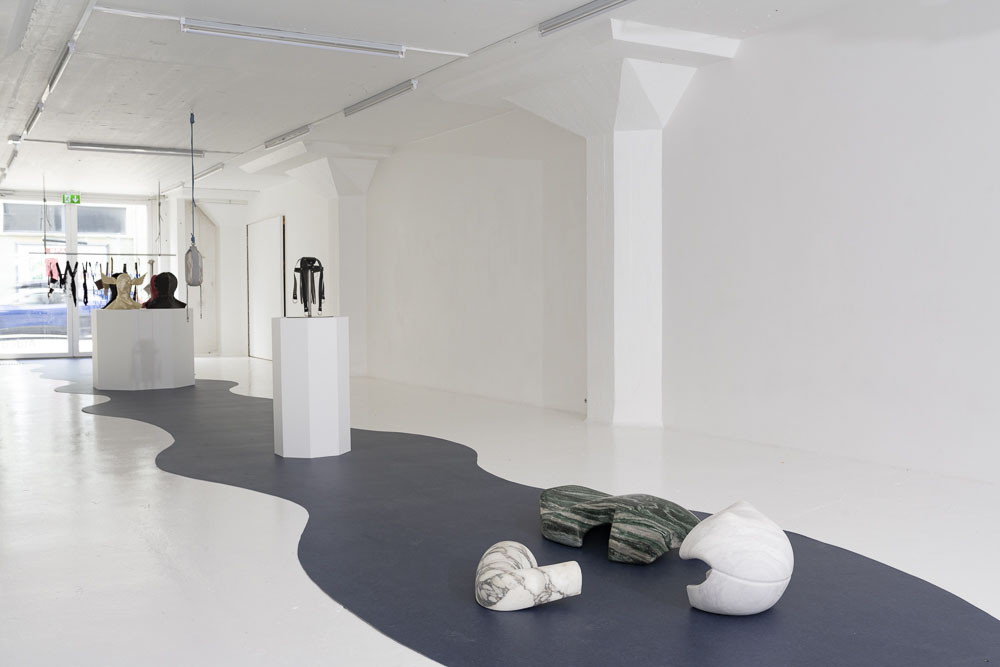 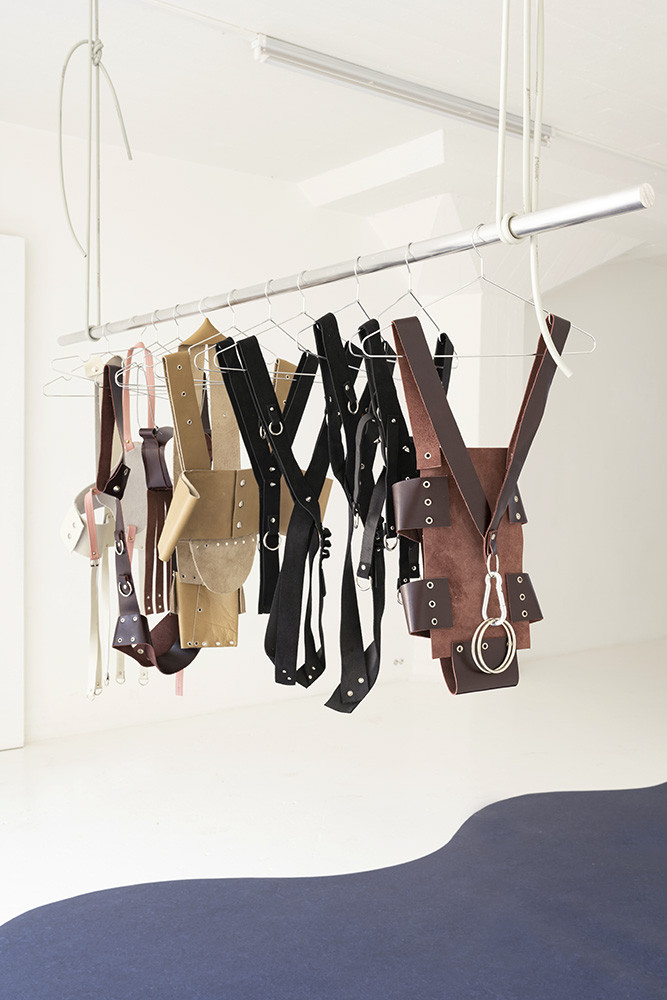 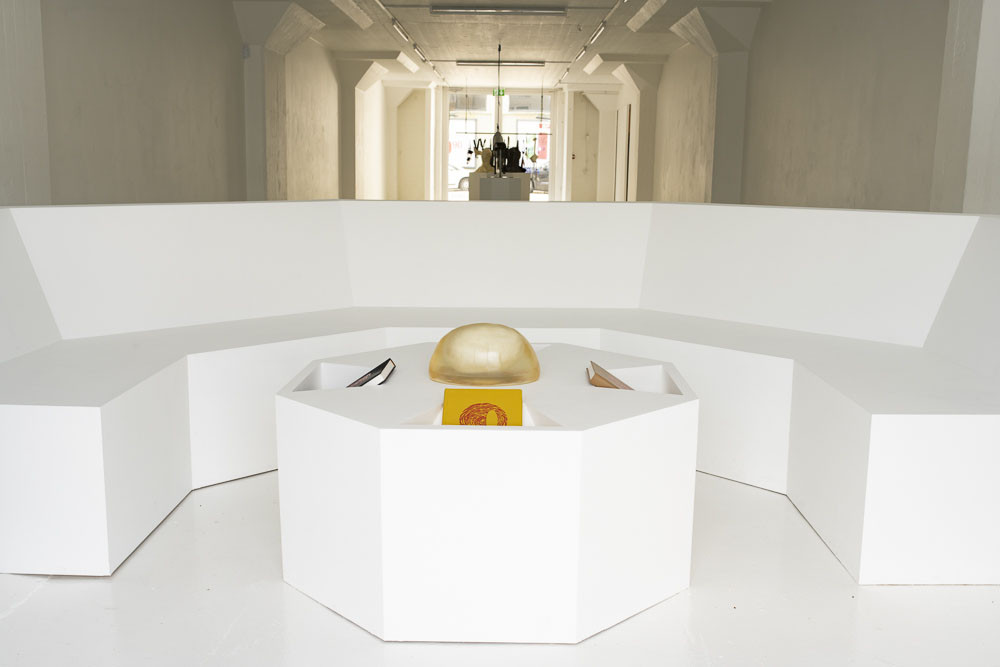 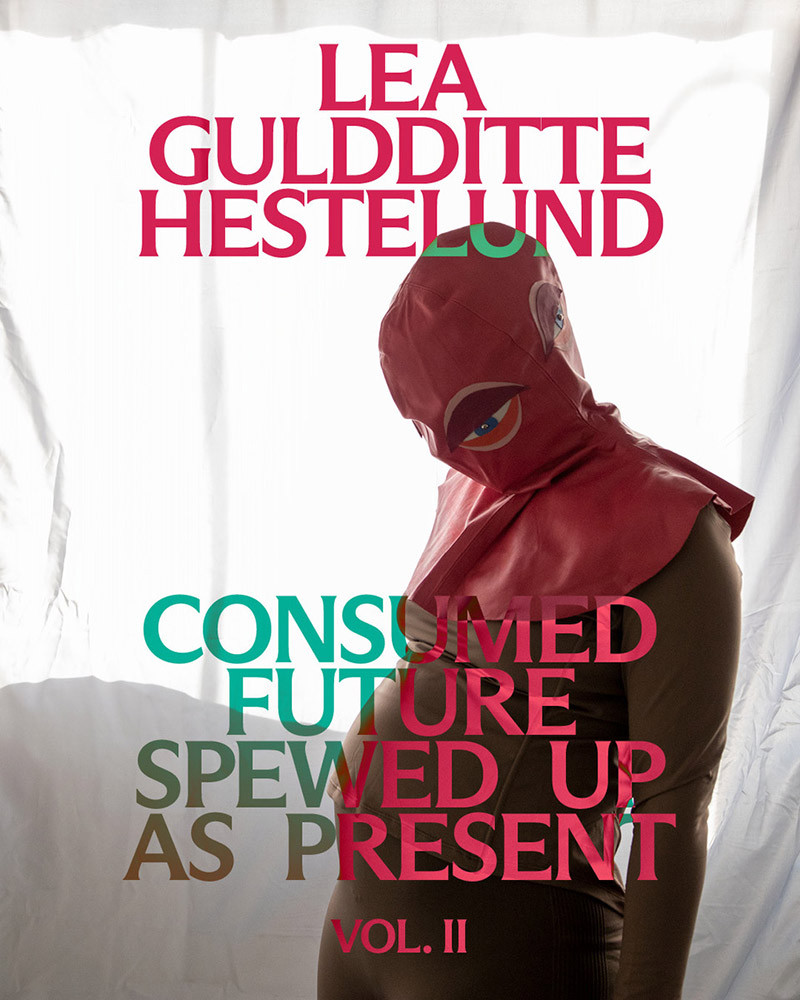